Please join us to welcome the final round of inspiring and award-winning speakers for TBEX North America 2017 in Huntsville, AL. 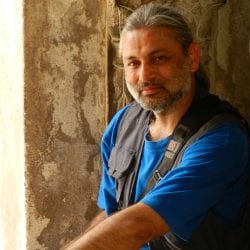 A Canon Photo Mentor and Photo Tour Leader, professional photographer Ajay Sood has led photo tours throughout the world. As a Photo Educator, he has conducted master classes across his homeland of India, and has been a Photo Jurist on numerous contests, including the 2012 and 2015 Canon Photomarathons.
Ajay’s award-winning work has been published in Conde Nast Traveler, NatGeo Traveler, JetWings International, Travel Plus, the Huffington Post among numerous other publications. He has won multiple awards, including the 2016 OSM (Outlook Social Media) Shutterbug Of The Year, India’s biggest blogging contest, Cox & Kings’ #GrabYourDreams (Season 2), and the Grand Prize for National Geographic Traveller’s GetOutThere Photo Essay Contest. He was also the Photography Project Grant Awardee of the #NeelDongreTrust. , Ajay’s travel and photography blog, Travelure, was recently named the #1 travel blog by Skyscanner Ltd. 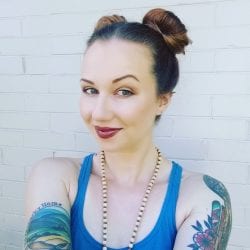 Lonely Planet’s Destination Editor for Central America and the Caribbean, Bailey Freeman has always been fascinated by the intersection of books, language and culture, a passion that led her to study the Spanish language and complete her master’s degree in Hispanic Studies. Bailey worked in academic publishing for several years before joining the ranks of Lonely Planet’s in-house travel experts, where she now gets to spend every day helping and inspiring travelers.

During her time at Lonely Planet, Bailey has managed the content for 35 countries. She has also written pieces for lonelyplanet.com, the Lonely Planet US magazine, and a number of coffee-table titles. 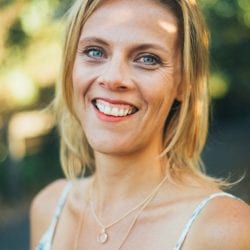 Caroline Makepeace is the co-founder of yTravelblog, one of the world’s biggest travel blogs, in association with her husband Craig and their two daughters. They work with brands and tourism boards in an authentic and powerful way to connect with their story and engaged community. After completing a successful 18 month road trip around Australia, they are currently replicating the same concept on a 2- 3 year America Unplugged road trip.

They’ve collaborated with brands such as Ford, Amex, Skyscanner, Booking.com, and many international and state tourism boards. Caroline regularly shares her insights at travel, blogging and social media conferences. 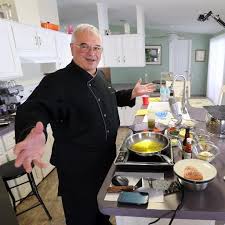 Dennis Littley is a retired chef and culinary instructor who is now living the dream in sunny Florida. He is currently working on his second career as a food and travel blogger, brand promoter and LiveStreaming show host and producer. Through his blog, Ask Chef Dennis – A Culinary Journey, as well as his social media channels, Dennis has amassed an impressive combined following of over 1 million. He also has more than 85 million views on his Google profile. Dennis has landed in the top 1% of reviewers in the Orlando Area on TripAdvisor since October 2015, and his Klout score is 80. 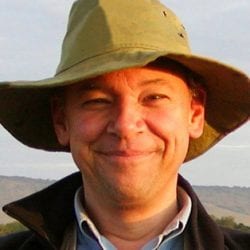 National Geographic has called Don George “a legendary travel writer and editor.” Currently Editor at Large for National Geographic Travel and Special Features Editor for BBC Travel, Don was also Travel Editor for the San Francisco Examiner and Salon.com, and Global Travel Editor for Lonely Planet. Don is the author of the highly acclaimed, The Way of Wanderlust: The Best Travel Writing of Don George, and of the best-selling book on travel writing, Lonely Planet’s Guide to Travel Writing. He is a highly sought-after writer, editor, speaker, teacher, and consultant specializing in the creation/curation of stories as a branding tool. Visit Don’s website, dongeorge.com, for a complete listing of his writings, books, blogposts, conversations, and future appearances. 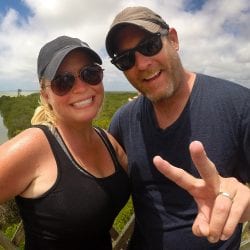 The year was 2007. Fed up with the modern-day rat race and longing to find more meaning in their lives, Nikki and Dusty Green did the unthinkable: they quit their jobs, sold their possessions, and set out to explore the world together. And their blog “”Two for the Road”” was born.
For a decade Nik and Dusty have been traveling the globe and sharing their experiences through award-winning travel videos, photos and blogs. And in 2017 they made the leap to television, sharing their inspiring adventures in “Two For The Road”, a first-of-its-kind travel show premiering on public television stations across the US. 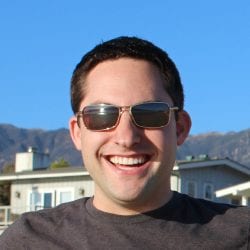 Eric Rosenberg is a professional freelance writer living in Ventura, California. He quit his job in 2016 after a decade in corporate finance, and has since doubled his income through his online business. Eric is now a six figure freelancer, and has spoken at FinCon, Ignite Denver, and other media events. Find him at EricRosenberg.com or his finance and entreprenuership blog at PersonalProfitability.com. 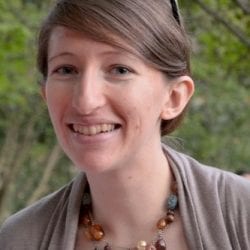 Gabi Logan is an author, journalist, travel writing coaching and creator of the Travel Magazine Database. Through her journalism, she helps travelers experience destinations in ways they wouldn’t have imagined, while her Six Figure Travel Writer blog shows travel writers how to grow their income and create a sustainable travel writing career. She is the author of 400-page, step-by-step guide to creative a lucrative travel writing career, The Six-Figure Travel Writing Road Map, and runs the Travel Magazine Database, which includes detailed breakdowns of how to pitch hundreds of travel magazines. 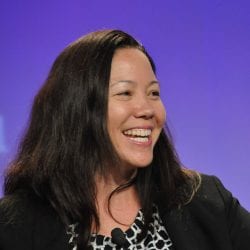 Jen Leo writes the nationally syndicated Web Buzz column for the Los Angeles Times, co-hosts the podcast “This Week in Travel,” available on iTunes, and is best known for editing the award-winning “Sand in My Bra,” a women’s travel humor series by Travelers’ Tales. She is a social media enthusiast and co-founder of KidsNTrips.com. 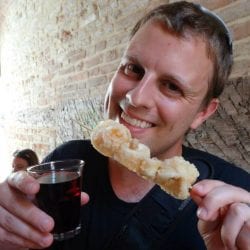 Jeremy is the co-owner of the local Pittsburgh travel blog, Discover the Burgh, as well as the global travel blog, Living the Dream. In Pittsburgh, Jeremy and his wife Angie are on a quest to experience every attraction, restaurant, bar, and business the city has to offer. 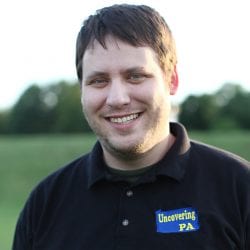 Jim Cheney is the travel writer and photographer behind UncoveringPA.com, Pennsylvania’s most-read travel blog. After traveling the world and writing about his adventures, Jim settled in Harrisburg, Pennsylvania four years ago, and has since discovered the many benefits of local travel blogging. Jim has traveled to all 67 counties in Pennsylvania on his journey to discover and explore the best things to see and do in the state. 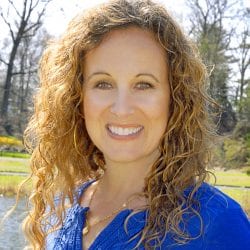 Kim Orlando is the founder of TravelingMom.com, TravelingDad.com, and SheBuysCars.com. A sought-after social media and marketing consultant and authority on family travel. Kimberly has built TravelingMom into the world’s largest family travel influencer network and has worked with with some of the biggest compaines in family travel.

Kimberly is a regular spokeswoman on satellite media tours and has appeared on The Today Show and Good Morning America, and has been quoted in media from Good Housekeeping to the WSJ. TravelingMom is syndicated in Family Fun magazine and was named a Top 50 Family Travel Site by Parents Magazine. 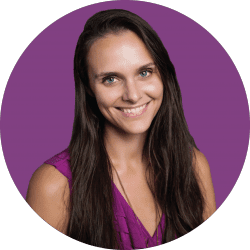 A freelance marketer with over 10 years in digital marketing and family travel blogging, Mandy Carter combined her professional experience in the corporate world with skills she had acquired from blogging, and  left her full-time job to create her own freelance business. The experiences and adventures of the Carter family are chronicled on her blog, A Cupful of Carters Family Travel & Fitness Blog. 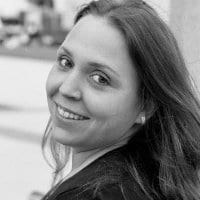 Maria K. Haase is a travel, food and lifestyle writer sharing her love for the world and its different cultures at MariaAbroad.com and at EuropeUpClose.com. As a serial expat for the past 10 years, Maria has called three continents her home, traveled to almost 30 countries, and eaten way too many sticks of mystery meats on the way. She wants to encourage others to discover the world through traveling, trying exotic recipes, craft beer, and learning about other cultures. 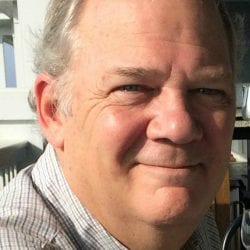 Max Hartshorne has been the editor of the GoNOMAD.com travel site since 2002, and was previously Managing Editor of Transitions Abroad. He publishes more than 300 stories a year on GoNOMAD and has spoken about travel writing at the New York Times Travel Show and at other industry events for many years. He has been blogging regularly since 2004. He has helped launch the careers of hundreds of writers over his long career. 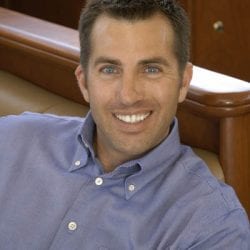 Mike Shubic is a professional travel video blogger and publisher of MikesRoadTrip.com, a travel blog he has published for the past seven years. Mike has worked with the Travel Channel, USA Today, Yahoo Travel and is a Travelocity Gnational Gnomad. He also has his own ROKU Channel, and his videos are distributed through a new streaming technology via DirecTV. 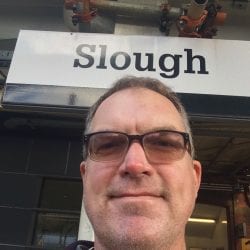 Roger Wade has spent the past 10 years as a travel writer and curator of his websites, PriceOfTravel.com and OverwaterBungalows.net. He has spent over 5 of the last 10 years on the road and living outside the United States while working on his websites and conducting research. Roger launched priceoftravel.com at the beginning of 2010 and it has quietly become one of the busiest travel information sites on the internet, with over 1 million page views each month. Roger spent 2-1/2 years as  Content Director at Bootsnall.com prior to stepping out on his own traveling journeys. 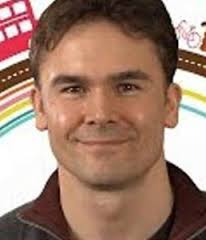 Once feeling unable to afford to travel, Russell Hannon now uses lean principles to travel at a fraction of the going rates. He is an Ultra-Economical Travel Expert who has been featured on CNBC, FOX, CBS, America Tonight, CTV, ShopSmart, Around the World Travel TV, and nationally broadcast lifestyle and personal finance shows. Russell speaks at numerous Travel Shows, has worked as a CBC Budget Travel columnist, and is the author of Stop Dreaming Start Traveling: The Ultimate Guide to Traveling More and Spending Less. 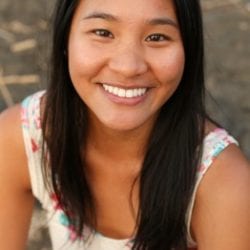 Samantha Wei is the co-founder of the travel blog, MyTanFeet, which she founded with Yeison Kim as a way to document her new expat life in Costa Rica and their travels around the country. Samantha and Yeison initially developed their travel blog to fully sustain their living and travel expenses, and have since made it their full time job. Samantha has also branched into freelance work such as transcribing, copywriting and consultations, and has developed a deep love of Costa Rican coffee and wildlife photography along the way. 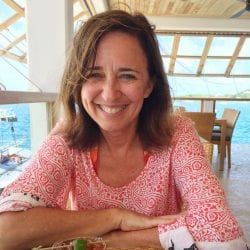 Tracey Minkin is Travel Editor at Coastal Living, a luxury lifestyle print and digital brand at Time Inc., which was awarded the Lowell Thomas Gold Medal for overall excellence in travel coverage in a non-travel publication in 2016. She has spent her career as both a magazine editor and freelance writer. Tracey’s writing has been anthologized in collections and has won national awards. Prior to joining Coastal Living in 2014, she was the founding editor of GoLocalProv.com, an all-digital news and information platform in Providence, Rhode Island. Tracey has an MS from Columbia University Graduate School of Journalism. 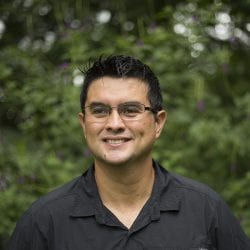 With a degree in business administration and more than ten years of tourism experience in both the field and in the office, Yeison Kim has mixed his passions for travel, technology and business into a dream career. After several years working the typical Costa Rican job with minimal salary, Yeison decided to create the travel blog MyTanFeet with Samantha Wei into a full-time job. In addition to the travel blog, Yeison also does internet marketing, consultations, and videography.

REGISTER TODAY to join us in Huntsville May 4-6, and learn invaluable ‘tricks of the blogging trade’ from these incredible speakers at TBEX North America 2017. We’ve also enlisted some amazing keynote speakers for our premiere International conference, including opening keynote by Bruce Poon Tip of G Adventures, and our second day opening keynote by world traveler and celebrated television host, Samantha Brown. There’s much more to come … so pleased stay tuned!

Please use the hashtag #ihearthsv and #TBEX when sharing your TBEX North America 2017 experiences with your fans, followers and friends.