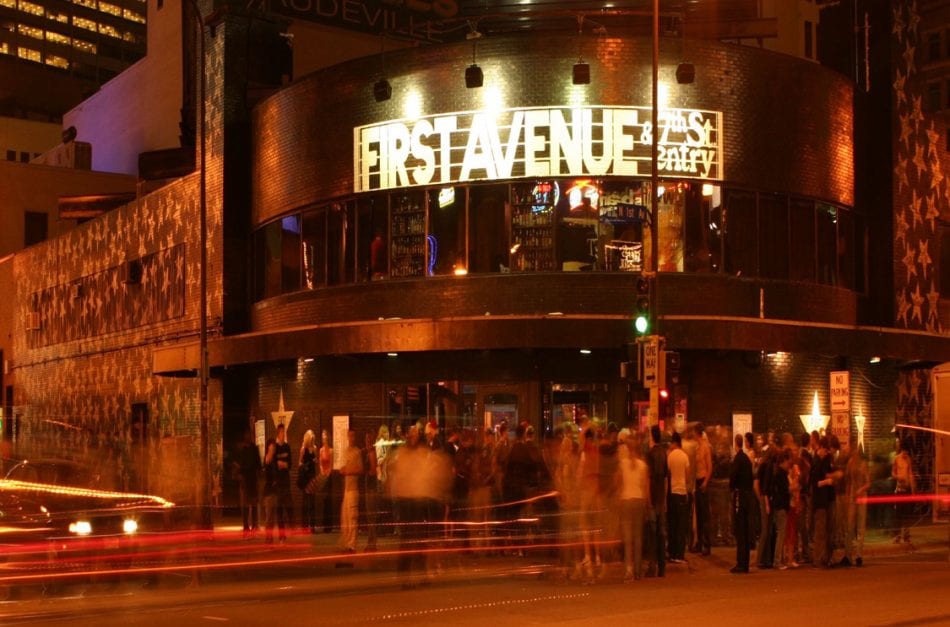 Minneapolis welcomes all TBEX attendees for a Memorial Day evening in the legendary “Downtown Danceteria” First Avenue and the 7th St Entry, where you’ll be immersed in music and nightlife in this historic nightclub in the heart of downtown.

Enjoy live music along with tasty food from Common Roots Catering who celebrate the vibrant local food scene with commitment to local, organic, fair-trade and sustainable food, most of which comes from a 250-mile radius of their Minneapolis cafe. Then groove onto the Mainroom floor of “First Ave” where DJ Chris Cloud, a “culture maker” with a passion for connecting people and ideas with themed dance parties, will get you moving all night long.

First Avenue is one of the longest running independently owned and operated clubs in the United States at 46 years and counting, as well as one of the most celebrated – from Rolling Stone magazine to Pollstar worldwide rankings, the accolades pile up. San Francisco has the Fillmore. New York has the Bowery Ballroom. D.C. has the 9:30 Club, and Minneapolis has First Avenue and the 7th St Entry.

Since the late 1950s when Minnesota-native Bob Dylan broke into the folk-rock scene playing free shows on the West Bank at the University of Minnesota, Minneapolis has been a force in American music. Nowhere else in Minneapolis is identified more strongly with the “Minneapolis sound” and the evolving music scene than First Avenue. The storied rock club opened April 3, 1970, and throughout more than four decades, has launched the careers of super stars like The Replacements, Husker Du, Soul Asylum, Semisonic and many more. Perhaps no one is identified more closely with the club and the scene in Minneapolis than the Purple One himself; Prince brought further fame to the club with 1984’s “Purple Rain.”

Instagram and Tweet your photo or selfie in front of First Ave’s legendary Star Wall, where hundreds of music stars who graced the stage are enshrined on the walls of the former art deco bus station.

The TBEX party officially ends at 11 pm – we do have a great day of professional development scheduled for Tuesday – but you can check out the downtown clubs and bars until they close. The attached Depot Tavern serves food and is open until 1 a.m. You may gather there before the event starts or while the event is going on.

To get to there:  Take the METRO Blue Line from Mall of America to the Warehouse District/Hennepin Avenue station (a short trip ) where you’ll step off the train to see Eduardo Kobra’s new five-story mural of musical legend and Minnesota native Bob Dylan, Then walk down Hennepin Avenue to 7th Street and into the 7th St Entry for a showcase of Minneapolis’ music of today.

Time:  7 – 11 p.m. 7th St Entry doors open at 7 pm, with music sets at 7:30, 8:15, and 9 pm. First Avenue opens it Mainroom doors to the public for a 9 pm show. Your TBEX badge will get you complimentary entry to the Mainroom. TBEX attendees can dance till the end of the evening at First Avenue with locals joining the DJ Chris Cloud fun after 9 p.m.

NOTE:   TBEX Badges are required for entry to the party.  The Minneapolis party is an 18+ event. Meet Minneapolis staff will be downtown to ensure you are guided to and from the METRO stop that will return you to Mall of America whenever the night winds down for you.