Today’s guest post is from Susan McKee, a print and digital writer who is also a blogger.  She attended TBEX in Keystone.

I originally wrote this column for the “Freelance Writing” section of the April 2007 issue of The Quill (the magazine of the Society of Professional Journalists). When I was at TBEX in Keystone last month, there were many discussions of ethics regarding bloggers vs. journalists – discussions that have continued in other places where travel writers gather. Seems to me that my commentary from back then is even more true now that online publications have (more or less) replaced the traditional travel markets of magazines and newspapers.

As a professional travel writer, I occupy a place in the journalistic hierarchy somewhere just above pond scum. It’s tricky territory for a freelancer for two major reasons: press trips and poseurs.

Almost all newspapers and magazines still buying freelance will not pick up a writer’s expenses, and the rates they pay don’t come close to making up that shortfall. Freelancers are responsible for their own health insurance and other costs that are typically part of the benefits package for an employed journalist. Add in travel time and, as one writer put it, the profit margin shrivels like salted leeches in the sun.

If you don’t have a trust fund to underwrite your travel writing specialty, two solutions beckon: write only about your own hometown (yawn!) or take press trips.

Like many freelancers, I started out as a general assignment reporter for a major metropolitan daily back in the days when budgets were reasonably flush. If I had to travel somewhere for a story, the editor would approve expenses and send me on my way.

In a perfect world, editors and publishers would cover travel costs. However, it’s not a perfect world, and they don’t. I make a reasonable return combining trips hosted by PR companies and tourist boards with assignments for which my expenses are reimbursed by publications.

The major reason I accept media jaunts is logistics. I have limited time in a given destination, so I rely on the experts for scheduling. During my free time, I can revisit places I need to see more in depth. Occasionally I’ve used the press trips as scouting missions for later returns on my own nickel.

Of course, the risk I run is that the hosts will show me only what they want me to see, something I try to minimize through advance research.

The purists scoff that a writer can’t possibly be independent if traveling on someone else’s money. Yet, in my days as a newspaper staffer, freebies abounded.

A good journalist does not slant a story based on who paid for what.

Travel writing is devalued partly because everyone thinks they can just dash off “what I did on my summer vacation” and send it to the local paper.

I’m a journalist specializing in travel. I try to inform, entertain and educate my readers about some aspect of the wider world, accurately reflecting the destination or concept. Geography matters, so there’s information on land forms and weather. Weaving in history helps provide context for the present. Interviews with locals remind my readers that the human condition is universal.

As Mark Twain noted, “Travel is fatal to prejudice, bigotry and narrow-mindedness.” Most of my readers will never get to the places I’ve seen except through my words. I owe them honesty, good research and good writing.

However, much of the travel writing out there is written by amateurs – heavy on travel cliches and breathless epiphanies but light on reporting and fact-checking. These writers often think “the trip” is payment enough. Journalists in other fields usually don’t have to worry about competing against hordes that are willing to do their jobs for free.

The well-established practice of “don’t ask, don’t tell” also creates problems. Most of the articles you read in newspapers and magazines can be traced back to sponsored travel. Every travel journalist I know has been on a press trip with a writer for a publication that forbids taking press trips. Editors don’t ask, and writers don’t tell.

I, for one, am tired of the subterfuge. Political reporters attend politicians’ cocktail parties. Theater reviewers sit in box seats. Travel writers sometimes get discounted plane tickets and hotel rooms, free meals and more souvenir coffee mugs than will fit in the kitchen cupboard.

Travel writing is not like being on vacation. It’s work any journalist would recognize, filled with reams of notes, countless digital photos and hours spent fact-checking every detail. Nothing replaces good old-fashioned reporting and editing – or a journalist’s ethics.

Author bio:  Susan McKee is an independent scholar and freelance journalist specializing in history, culture and travel. Follow her on Twitter at @Susan_McKee 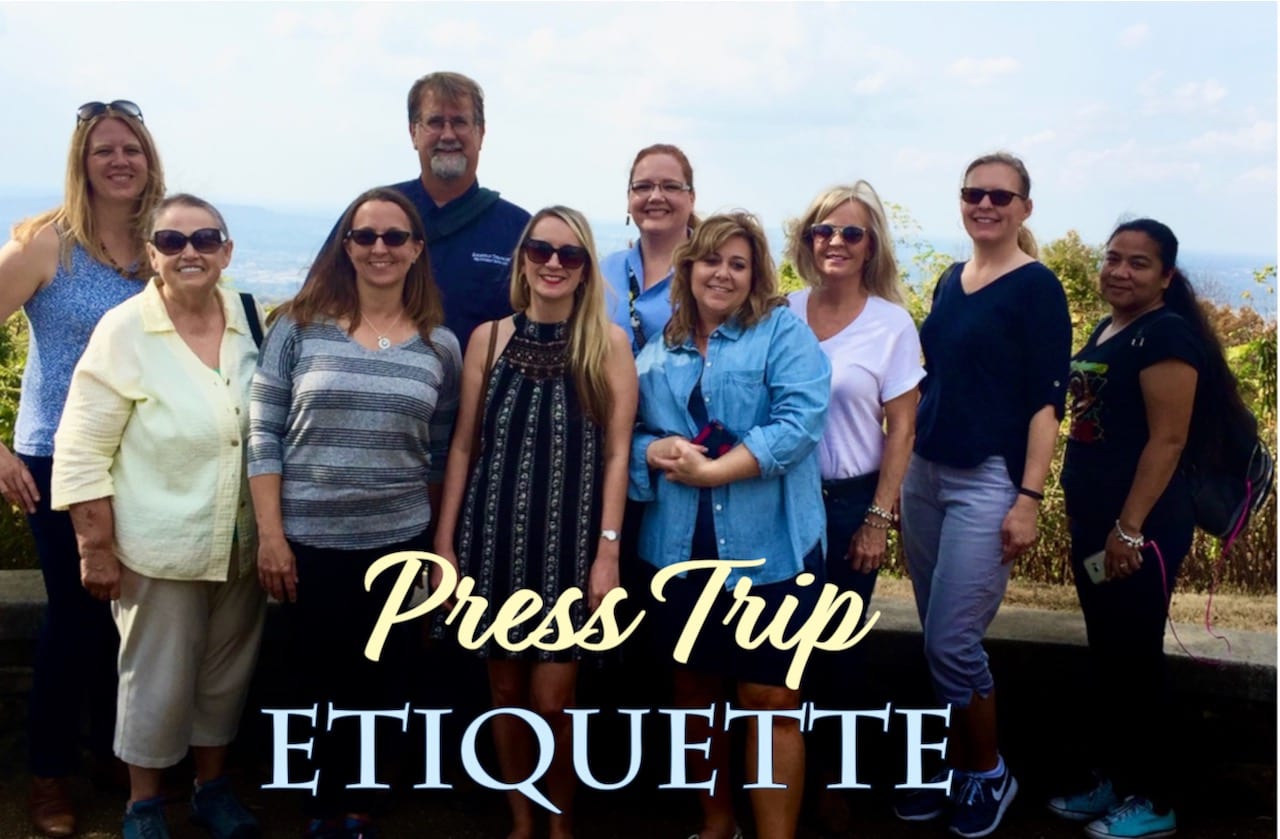 Press and FAM Trips: What is Expected of You?