I met Andrew Dobson during a site visit to Toronto. His energy, love for the city, and fabulous food recommendations convinced me that he would be a great addition to our TBEX line up, as we expand our reach into the food and culinary niches. With the theme of “Eat Well, Travel Hard, Live Better”, Andrew’s blog Dobbernation Loves serves up slices of life and food around the world.

We have over a thousand people coming to Toronto for TBEX, many of them spending some extended time in the city. I know that everyone is looking for some great finds when it comes to food and drink, but everyone has different taste preferences and budget range. Since Andrew is my to-go food guy, I thought I’d ask him for some restaurant choices in a variety of different categories. Here are his recommendations:

For Bar Food:  Real Sports Bar and Grill has been ranked as North America’s best sports bar located right downtown beside the Air Canada Centre. The massive complex features hundreds of screens, a resident DJ and the world’s best wings. The space is absolutely massive, you really have to see it to believe it!

For Street Food:  The city’s top foodie fans gather once a month at The Don Valley Brickworks for an adult only food and beverage bonanza at the Toronto Underground Market (affectionately referred to as TUM). This popular community food initiative has created a space for home cooks and budding culinary champions to sell their Pop Up bits and bites to an eager crowd.

For Late Night Dining:  Party goers in the West End (and insomniacs with hunger pains) line up at the Toronto’s top poutine emporium into the wee hours of the night. Poutini’s has become somewhat of an institution focusing their efforts on feeding fry fans into the wee hours of the morning. The perfect spot to indulge in Canada’s signature dish courtesy of greasy spoons across Quebec.

For Irish Food (in preparation for TBEX Dublin):  In Toronto’s East End locals proudly promote their love for The Ceili Cottage. The cities most authentic Irish Pub features a fantastic ambiance with a bounty of brews on tap and Emerald Isle focused menu. Their Sticky Toffee Pudding is addictive. I made a point of popping by for a pint a day before I flew to Dubin for St. Paddy’s Day. A perfect way to inspire the taste buds before adventuring across the pond.

For Brunch:  Toronto is obsessed with brunching. There are loads of great offerings throughout the city and I know by selecting just one here I will surely cause a riot. One of my favourite spots is at celebrated Origin where they mix up old school favorites with creative new creations. Brunch highlights include Buffalo Mozzarella everything, Singaporean Laksa and a to die for French Toast featuring duck confit, blueberries, hoisin, sesame seed brittle and sour cream.

For Vegetarian:  Fresh offers up the cities most innovative vegetarian and vegan offerings. My favourite starter combination is the sweet potato fries with miso gravy. The crowds come here for energizing quick fix lunches featuring bowls full of salad, sprouts, nuts and tofu. Their location at Spadina and Richmond in the heart of the Entertainment and Fashion District is always bustling and a great place to people watch.

For Ramen:  In 2012 Toronto underwent a ramen craze. I spent most of the Fall and Winter running around the city reviewing each new business as it popped open its doors. Reports were rife with long line ups worthy of a hearty bowl. My two favorites are in Baldwin Village at Kinton Ramen and across from the Four Seasons Centre at Chef David Chang’s Momofuku Noodle Bar.

For Diner Food:  The most iconic diner in Toronto is actually located a stone’s throw from the flashiest intersection in the city, Dundas Square. Avoid the crowds and ho-hum restaurant franchises along Yonge Street and make a visit to The Senator. The house at 249 Victoria Street that has become The Senator is Toronto’s oldest restaurant and dates back to the 19th century. I first visited the place with my dad and we both commented on how we felt as though we were in a NYC-themed Woody Allen film.

For a Special Splurge:  Afternoon Tea at the Windsor Arms Hotel in the heart of swanky Yorkville offers one of the cities most phenomenal tea and scone experiences (with all those dainty sandwiches you are craving). This hotel is filled to the brim with celebrity sightings during the Toronto International Film Festival. Come here to appreciate the boutique properties unique ambiance and be sure to dress up while you’re at it.

To be Entertained:  Over the past year hospitality pioneers have opened up unique gaming spaces offering up top notch cuisine for those who like to nibble while they play. Bowling fans with a penchant for good food and libations head to The Ballroom in the Entertainment District while Ping Pong aficionados grab a paddle at King Street West’s SPiN.

Andrew Dobson will be on the “A Taste of Place: Defining a Destination Through Its Food Culture” panel at TBEX. Have you registered yet? 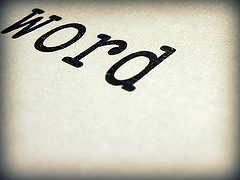