For most of us, being on social media goes hand in hand with blogging. Even if it’s not a conscious marketing effort, chatting with friends on Twitter and Facebook or posting photos of food in jars to Pinterest is fun. That fun can easily translate from “Oh, I’m going to check Facebook for ten minutes” to “Holy wow, where did the last three hours go?!?” if you’re not careful. And I’m guessing you’ve got more important things to do on your blog (or, y’know, your laundry) with those three hours, right?

Now, assuming you’re using social media to help promote your blog, you can’t just quit using it altogether. What you can do is get disciplined about the time spent on social media, utilize some of the great tools available now that make social media work more effectively for you, and – overall – approach social media with the right attitude.

1. Dig Into the Numbers

One of the keys to effectively using social media is knowing what your audience responds to most. But when your audience gets beyond Mom and Uncle Frank, it’s a bit harder to talk to each of them. The good news is that with tools like Facebook Insights, SocialBro, Pinerly, and Google Analytics (among many, many others) your community is talking to you whether they know it or not. Learning to interpret what the numbers are telling you isn’t always easy (I’m so averse to numbers in general that I still contend Google Analytics looks like binary code to me most of the time), but with such a rich source of information on your community at your disposal, you’d be crazy not to at least try to read those tea leaves.

Some of the most useful new social media tools I’ve seen in the last year or so are the ones that allow you to schedule updates in advance so you don’t feel compelled to check Twitter every 19 seconds. I’m an enormous fan of Buffer; I hear HootSuite now has an “auto-scheduler” function that may be similar, and most Twitter clients allow for manual advance scheduling. Scheduling gives you the ability to plan out the next few days of your social media posts in one go. You’ll still check back in regularly to get into the conversation, but you no longer need to babysit your social media accounts. While I’m a big fan of scheduling, however, I happen to think automation is absolutely the wrong way to go. If you read something you genuinely like and think your audience will also like, by all means add that to your schedule. But to sign up for a service that auto-tweets stuff to your accounts without you even knowing it? That’s not cool, man. Turning your community over to auto-pilot is, to my mind, the beginning of a slippery slope toward treating your community like numbers instead of people. And that’s never a good thing.

Being on social media requires being social – otherwise, I’d contend, you might as well not bother. That means striking a balance between the “megaphone” end of the spectrum and the “wallflower” end. CNN is a news resource, right? They’re allowed to be more of a megaphone because, well, they’re CNN. You are not CNN. Don’t be the guy at the party who dominates every conversation without really adding anything to it. In addition to making time on a regular basis to actually reply to people, being a resource also means posting things that are relevant to your community no matter where it comes from. That generates goodwill among other bloggers whose links you’re promoting, and it also makes you a resource to whom your community will turn when they’re looking for information – which is the real value.

I’m not quite at the age when I’m repeating myself out of sheer forgetfulness, but I find myself repeating one particular phrase over and over lately – “there is no magic pill.” I don’t think it’s an exaggeration to say that everyone who gets onto social media in order to build up their blog audience wants the numbers to increase exponentially from now until the end of time. This is not going to happen. Building community (and therefore traffic numbers) on social media is a slow process, like building community is anywhere else. There are things you can do to get from zero to 60 more quickly and efficiently, but I die a little inside every time I hear about people wanting to buy Twitter or Facebook followers. (Please, just … no.) You can’t expect instant miracles from your social media efforts, but you can expect a return on your genuine investment.

[stextbox id=”info” caption=”What do you think?”]How do you make the most of the time you spend on social media? What tools or methods work best for you? Share in the comments below![/stextbox] 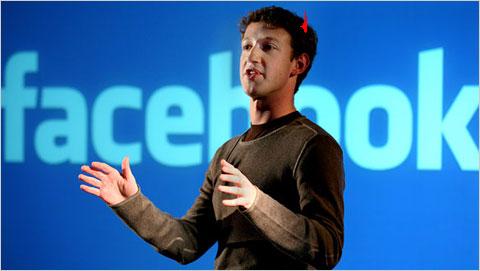