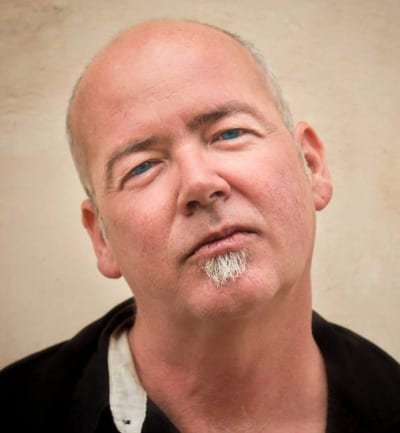 He was Johnny Vagabond in the travel writing world. When he tells you his actual name is Wes Nations, you figure maybe he’s still pulling your leg. It was too perfect.

Born James Wesley Nations on July 1, 1967, dear Wes passed away November 25, 2014, not on that long dusty road, but back in his hometown, his parents Tommy and Barbara at his side. He had traveled full circle.

His birth home was Aransas Pass, a small town outside Corpus Christi on the shores of the Gulf of Mexico in Texas. As a young man he moved to Austin and became a self-taught techie, while making some dear friends he’d keep for life. His next move was to Northern California to get involved with the growing tech industry, but the urge to travel always nagged at him. He was dismayed with the ever-accelerating rate of change in the world, the growing cultural homogeneity creeping in with globalization, and wanted to go see it all before it disappeared. He dreamed, planned, and saved, and finally, in 2009, already in his 40s, he set off on a one-year journey that became indefinite. Johnny Vagabond was born. He worked hard on his writing and photography, and due in no small part to his keen sense of storytelling, he was soon a typical inclusion on any list of travel bloggers to follow.

Many of us knew him, either in person or online; some of us traveled with him, others traveled with him through his stories and photos. And while the tagline on his blog was “taking pics and telling lies,” he wrote more of truths. His anecdotes had humor and heart.

Never self-congratulatory, Wes was humbled by his experiences. An inveterate tease and kidder, he had a great sense of humor and the ability to laugh at himself. He had a live-and-let-live attitude toward most people, but a strong sense of justice. He didn’t take kindly to someone knocking a friend or mistreating a stranger, and he was a stand-up sort of person. His disgust and outrage at a Guatemalan man peddling children set him on a mission that led all the way to the US embassy (though darker thoughts of justice had crossed his mind).

Physically he could be a bit imposing, a fellow not to be messed with; he “could fill a doorway” as he used to say. He would use that to his advantage. “When I was in Central America, I learned that there was a way to carry yourself if you didn’t want trouble.” He detested bullies, and sometimes put them in their place.

But the truth is he was sensitive guy, sentimental and not afraid to show it. He’d call you brother and it felt like he meant it. Family will tell you he “was a self-proclaimed curmudgeon with a professed animosity to children, but one could frequently find him surrounded by happy, laughing children as he passed out sweets. The children invariably wanted to rub his bald head, and he would let them, mumbling under his breath.”

He learned to live frugally – such is the backpacker’s life and the boom and bust of blogging for your coin – and despite his love for riding on two wheels – tooling around Chiapas or motoring the length of Vietnam – he’d hoof it in Chiang Mai. All part of his “low and slow” travel philosophy. Make a plan to meet him for noodles and he’d eventually amble up, smiling, that bald head red in the sun, his “man purse” across one shoulder like Carradine and his satchel in Kung Fu.

Wes’s photography was as colorful as his stories. A shot from his travels in India, “The Woman in Red,”  won awards – and funded more travel. If you wanted photo tips or Lightroom advice, he’d take the time to share his expertise.

News of his untimely demise traveled fast. Within hours his Facebook page was taken over by grief and tributes; many friends, family, and friends who had become family shared anecdotes. Much like Wes once showed us, stories are the way to deal with loss, and if not to make sense of it, at least keep it from taking us down. Some linked favorite blog posts from his website and we all recognized them. Memorable stories. He had a strong voice in his writing, and if you had spoken with him once, you’d hear his actual voice anytime you read him.

Wes’s time came much too soon, and he will be sorely missed. For such a traveler it is fitting that we speak of death as a departure as he’s gone to explore the undiscovered country. As his mother Barbara puts it, “He is out in the universe, looking for more adventure.” We can picture him in a hereafter, sitting in a divine coffee shop or cantina, waiting for the next one of us to wander in, waiting with a smile and a tale to tell.