Now that the holidays are behind us, more TBEXers are starting to zero in on their travel plans for Toronto. So when we started getting questions from the community about how to get to Toronto without spending a fortune, we asked Toronto resident and TBEX alum Natalie Taylor to give us some tips.

With TBEX a few months away in Toronto, the question on the mind of many participants is how to affordably get to the city in time for the conference. Let’s face it: though Toronto is a major Canadian hub, it can get expensive, especially as the conference is timed for when the weather gets warmer and visitors are coming in for weekend getaways and the myriad of festivals happening in the bustling metropolis.

When I asked travel hacker and founder of The Art of Non-Conformity, Chris Guillebeau, for advice he said, “Toronto is one of the most expensive airports in North America due to high taxation and airline monopolies.” In fact, A Conference Board of Canada report in the fall of 2012 found that fees and taxes contribute to roughly 40 per cent of the total airfare difference with U.S. flights in the markets that it examined. Deal finder Chris Myden of YYZ Deals confirmed there is no magic formula for a great deal from NYC to Toronto.

So other than the most practical advice to save your pennies and maximize on accommodation and dining or find a Torontonian friend to mooch off of for one weekend (this blogger excluded as I live across the city with a full house), here are my tips on maximizing your trip and transport to Toronto (affectionately known as the T Dot):

1. Check Canadian airlines and start signing up for their newsletters

Air Canada and West Jet are Canada’s two main airlines that fly into Pearson International Airport. Porter Airlines and Air Canada have terminals that fly into Billy Bishop Airport on Toronto island, which will land you right downtown (and conveniently near the conference). Johnny Jet said he uses American Airlines for great flight deals as well.

Stay glued to the websites for any upcoming sales. Their newsletters usually come out weekly for any new promotions. Usually if the planes have seats left, they’ll put them on sale. Porter has frequent “50% off sales” that aren’t really sales but marketing promotions, regardless of their cute raccoon mascot. I’ve seen frequent flights from Chicago and New York under $300, including all taxes. Also note that West Jet recently added flights from New York City’s Laguardia Airport (LGA) to Toronto, heating up the YYZ-NYC airfare wars between the airline juggernauts providing the NYC customer great deals.

1a. When to book: I would advise not to wait until the last minute to book a flight to the conference, especially as 1,000 other people are trying to get to the city for the same time. Once you have your flight or transportation booked, it will be a relief. You will also still have time to pay off the cost.

2. Use alternate airports and cities for departure/arrival

The closest American airport to Toronto is Buffalo International Airport. This is a hub for airlines like Jet Blue. Let’s do a sample search (based on February 11, 2013). From Portland, OR to Buffalo, NY on Jet Blue leaving on Tuesday May 28 with a connection at JFK, and leaving Monday June 3 with a connection in Boston, the airfare (including all taxes) is $439.60. Add on an extra $10 to $20 per direction and approximately 2 hours per direction for a bus going to Toronto. The other thing to keep in mind with this sort of itinerary is synching up your flight to bus departure. Johnny Jet also confirmed this as a tip but advises that “the border wait could be 90-minutes.”

Flights from Portland to Toronto are no longer direct on Air Canada, but you’ll be able to arrive in Toronto via Vancouver for $557.36. You have to decide whether the extra $117.76 is worth arriving directly in Toronto. (Search date: February 11, 2013).

If you are in Europe, it may be easier to get a flight from a major city like London, England or Paris, France than a smaller airport closer to where you live. Check Canadian vacation supplier Air Transat for the cheapest flights. It may be best to call them directly to see if they can do flights from Europe to Toronto if the search is not working online.

Think outside the box. If you’re in San Francisco, for example, perhaps you can take a cheap flight on Virgin America or alternate airline to another city that will get you a cheaper flight to Toronto. Sample gateways from San Francisco would include Los Angeles, Portland, Seattle or Vancouver.

I would also suggest contacting tourist boards not only in Toronto but in other cities close by, like Montreal and Ottawa, to find out if you can combine a press trip there with your trip to TBEX. Not only are they fantastic cities to visit in the summer, but you’ll save money and get a trip out of the experience (not to mention material for your blog) if you can visit and write about these cities before or after the conference (with a unique angle that will differentiate you from your competition, of course!).

3. Be flexible and make a trip out of the conference

Try giving yourself a few days before and/or after the conference to not only get over jet lag/long haul travel but also to see Toronto and other nearby cities/destinations like Niagara Falls and Niagara On The Lake, Algonquin Park (a must for adventure/thrill seekers and nature buffs), our nation’s capital Ottawa, Montreal, and New York City. Not only will you be able to decompress and get great content for your blog, but you may be able to solidify the connections/meetings you made at the conference. I have always made my best connections after the whirlwind of a weekend before or after the conference by speaking with other bloggers/PR one-on-one when there is a bit more time to actually have a conversation and take the time to build a relationship.

By not traveling at the same time as approximately 1,000 other bloggers, you can save money by arriving/departing on Tuesday/Wednesday which are generally known as the best days to travel. You’re also avoiding the weekend rush of other travelers coming into the city.

4. Take the bus, train, or carpool

Are you in a city where there’s a Travel Massive group or a big group of like-minded travelers like NYC or Washington, D.C.? Make a group trip out of it and carpool. You’ll save money on gas. The bus ride from NYC in my experience is about 12 hours (we had 2 hours at the border). Megabus and Greyhound are good sites to look at for bus transportation. Megabus won’t let me look at prices in June but a sample bus fare departing New York City to Toronto on Wed. April 17 and returning from Toronto back to New York on Monday April 22, is $102.50, including all taxes (based on a search from Feb 11, 2013). This is a great deal compared to $300 for flights (from my experience of looking at both Porter and Air Canada as an agent and in the travel industry, that price won’t go below $250 unless you are a very savvy booker).

Ever dreamed of taking the cross-country American or Canadian road trip? Maybe you can find people who are willing to do the road trip along the way if you can plan in advance.

The VIA Rail train in Canada may provide you with the kind of journey that a flight won’t, and may be cheaper than a flight. Bonus travel points if you can stop at a few cities along the way to Toronto.

Another tip if you don’t want to do the grueling, long bus trip both ways is to take a flight one way and take the bus one way. This might also make for a great blog post on mixing and matching transportation.

Maybe this is a moot point, but using airline or credit card points will really help you save on the cost of your flight and maximize your dollar on accommodation and dining in the city.

Through my experience of going to two different TBEX conferences (in New York City and Vancouver), I can say that the experiences – whether it was networking, learning new skills, making some lifelong friends, seeing cities for a fraction of the usual cost, or nearby press trips (big up to Vancouver for that city pass back in 2011!) – that TBEX is absolutely worth the long haul of kick-starting your blogging career or meeting like-minded souls who can help you. Plus, Toronto ain’t that bad of a city – but I’m a bit biased!

Please do check out my tips on where to stay in Toronto, TBEX edition that I created specifically for conference participants, and I am also an expert on where to eat in Toronto. Here are my top ten favourite restaurants.

Author Bio: Natalie Taylor is a freelance travel writer, blogger and social media specialist in the travel industry. She is a Toronto expert and has written city guides on Toronto for publications like Blackbook Magazine, and has been published on Sympatico’s travel blog and National Geographic’s Intelligent Travel blog. She is currently an ambassador for AFAR Magazine. Her site, Near Afar, focuses on hyperlocal travel from Toronto and beyond! 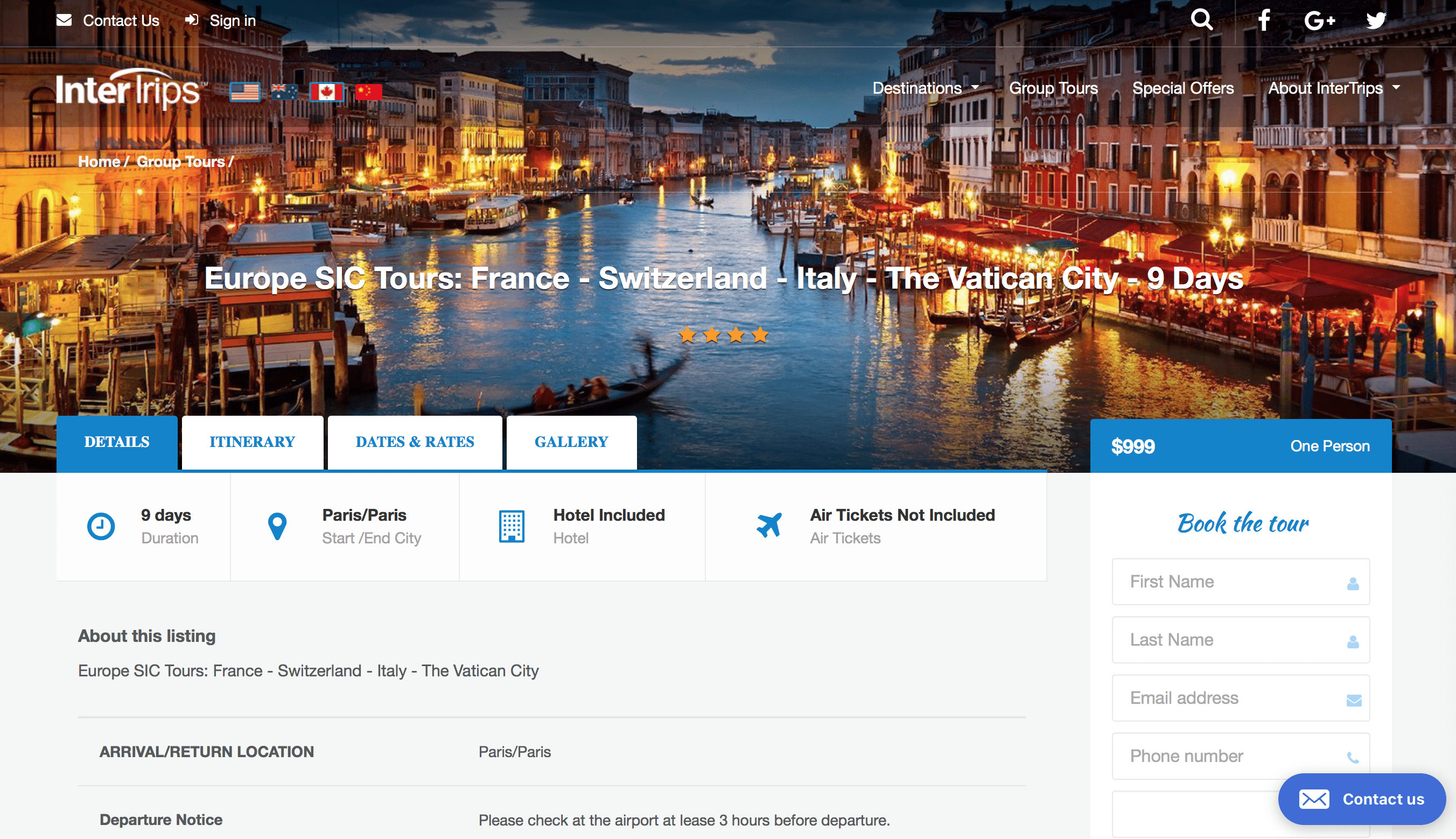