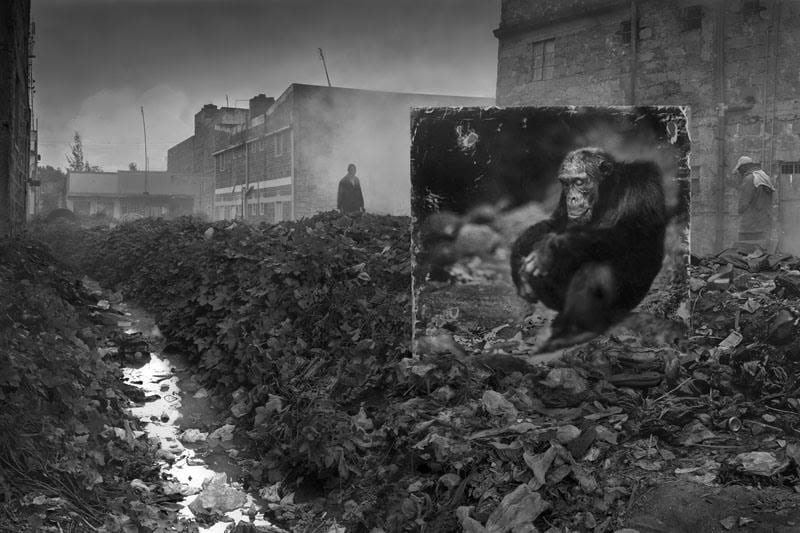 Since 2001, fine art photographer Nick Brandt has been documenting the vanishing natural world and animals of East Africa through his haunting, majestic portraits.

In a new series of epic panoramas, Brandt records the impact of man on places where animals used to roam, but no longer do. In each location, Brandt erects a life size panel of one of his animal portrait photographs, setting the panels within a world of explosive urban development, factories, wasteland and quarries. The people in the photographs go about their daily lives, oblivious to the presence of the panels and the animals within them, who are effectively now no more than ghosts in the landscape.

But there is still a possibility to let the inheritance be more then dust. According to Brandt, the alternative to the devastation is long-term preservation of these unique eco systems.

One example of this is the Massai tribe that, in collaboration with the Big Life Foundation, which provides salaried work and education, have adapted some of their traditions with the aim of saving wild life. “For example, there is no longer a need to kill a lion as a rite of passage. In addition, more than three hundred local rangers are employed to protect the animals, an endeavour in which their extended families also participate.”

In 2008 the convent of the International Trade of Endangered Species made a disastrous decision to allow one time sell-off of ivory. This opened the floodgates to all illegal ivory to also be sold because it could be given fake documentation. An apocalypse of destruction began across Africa; one elephant is killed in every fifteen minutes.

It’s incredibly easy to kill an elephant. All you need to do is put down a poisoned watermelon. The elephant will come up and it eat. Then you just follow it. Then it dies a slow and painful death, it falls to the ground when you are coming with your chainsaw, and you can saw off its face while it is still conscious, and get to its tusks. That’s what’s happening all over the continent today, to elephants and rhinos and other animals.

When you look through Nick Brandt’s images you think there is no hope, this is apocalyptic. Not just the animals that are victims of the environmental devastation, but also the human beings. This is the end of nature the end of the planet. But there is hope!

These extraordinary animals do still remain in Africa. Making this photography series was a call to action to try to save this extraordinary, unique, natural resource, that Africa has.

The Amboseli National Park is tiny, it’s only 40 thousand hectares. The elephants spend the minority of their time in the national park where there are rangers. Majority they spend outside the national park; they live their lives.

The Big Life Foundation was started and in five years they reduced poaching to basically zero. That’s with the support of mainly with donators.

How can three hundred rangers protect 800 thousand hectares in Kenya and Tanzania? They can. Because of community. Their families. Every ranger has a family. Those families are their uncle, their brother, their son, their father is a ranger and they are proud of. So instead of three hundred pairs of eye, there are thousands of pairs of eyes. Keeping an eye out for poachers.

What right does Europe and America have to lecture Africa about preserve the environment? Because in Africa would justifiers say you had your chance, you destroyed your environment to develop your economies and now it is our turn. BUT two are not mutually exclusive. You can protect the environment and develop economies.

All of us love to be completely poetic and all we want is these beautiful animals to be saved because the world’s a more beautiful place for it and it is. But in these day and age you also have to be really pragmatic and understand there are people who need to have comfortable lives. But the point is the way for all of these people have comfortable live is through the protection of the environment. These places where these animals still live, you take those animals away, and you are left with is semi arid desert.

When an elephant is killed by poachers on average that poacher will get around twenty thousand dollars, but over the course of its natural lifetime an elephant is expected to bringing around 1.6 million dollars to the local economy.

If you want to know more about this serios, check out this video, Inherit the Dust – The Story.

Note:  A portion of this text is based on an interview (May 26th, 2016) with photographer Nick Brandt in Fotografiska.

Photo credit: Photo by Nick Brandt, from the exhibition Inherit the Dust at Fotografiska 2016. Used with permission.

Author Bio:  TBEX sponsor, Fotografiska, is one of the world’s largest venues for photography. No ordinary museum, Fotografiska is an international meeting place with inspiring world-class photography exhibitions at its heart. Fotografiska’s mission is to make accessible both established and cutting-edge photography, for knowledge and to experience the infinite expressions and meanings of photography. The exhibitions, 25-30 every year, feature renowned and recognized photographers for example David LaChapelle, Sally Mann and Herb Ritts, as well as photographers just making a name for themselves in the art world. 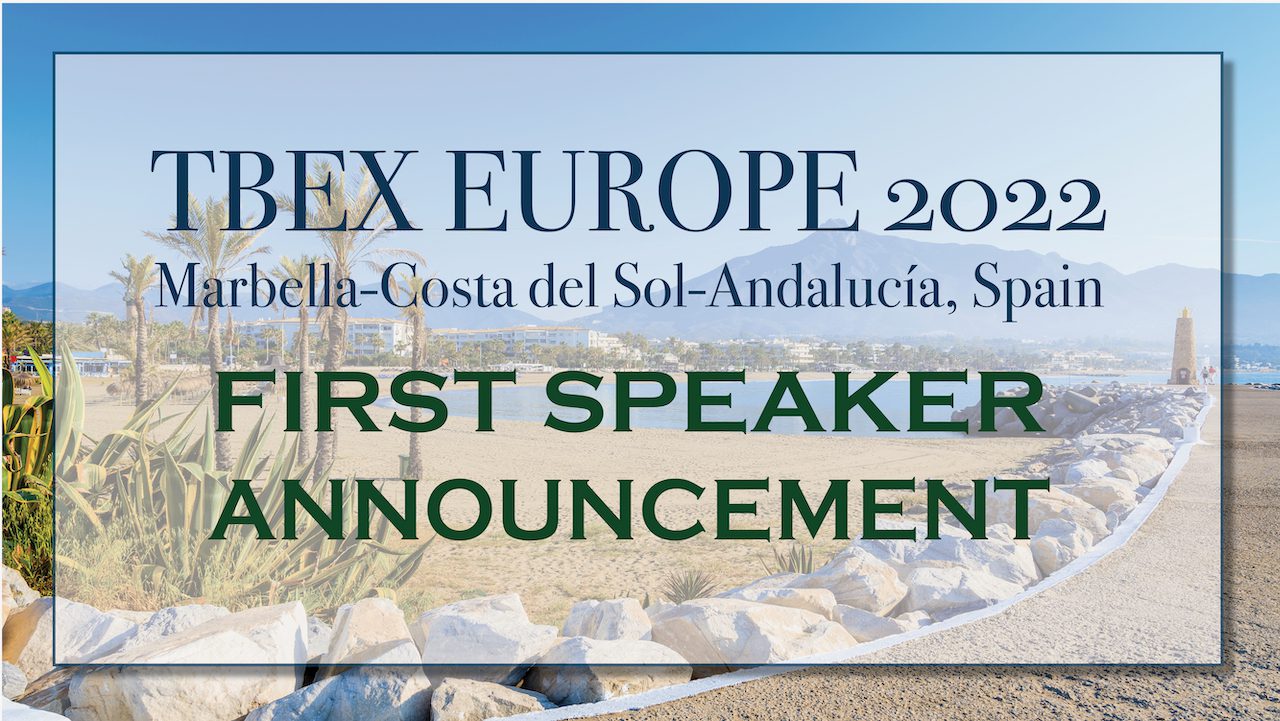