Getting to Jerusalem From Ben Gurion Airport 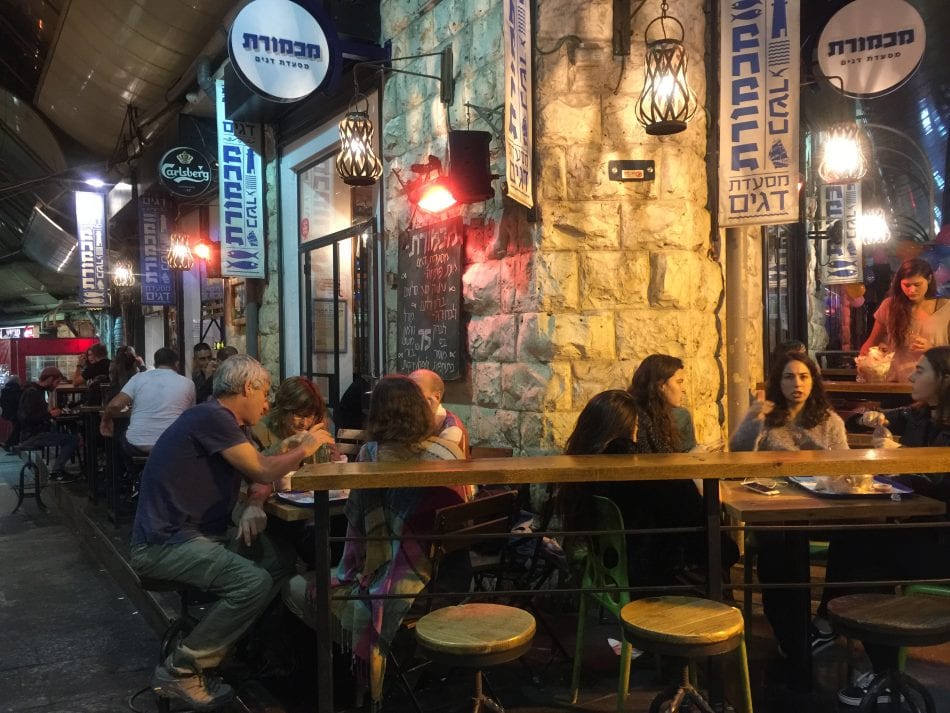 With its radiant night life, progressively artistic and contemporary culture, burgeoning culinary scene, and an iconic religious history that spans 4,000 years, the city of Jerusalem welcomes over 3.5 million visitors each year. A global tourist destination for visitors from all corners of our world, getting to Jerusalem after arriving at Tel Aviv’s Ben Gurion Airport takes less than an hour, and is convenient and reasonably priced. Here are a few tips for making your transfer from the airport to the world’s holiest city. 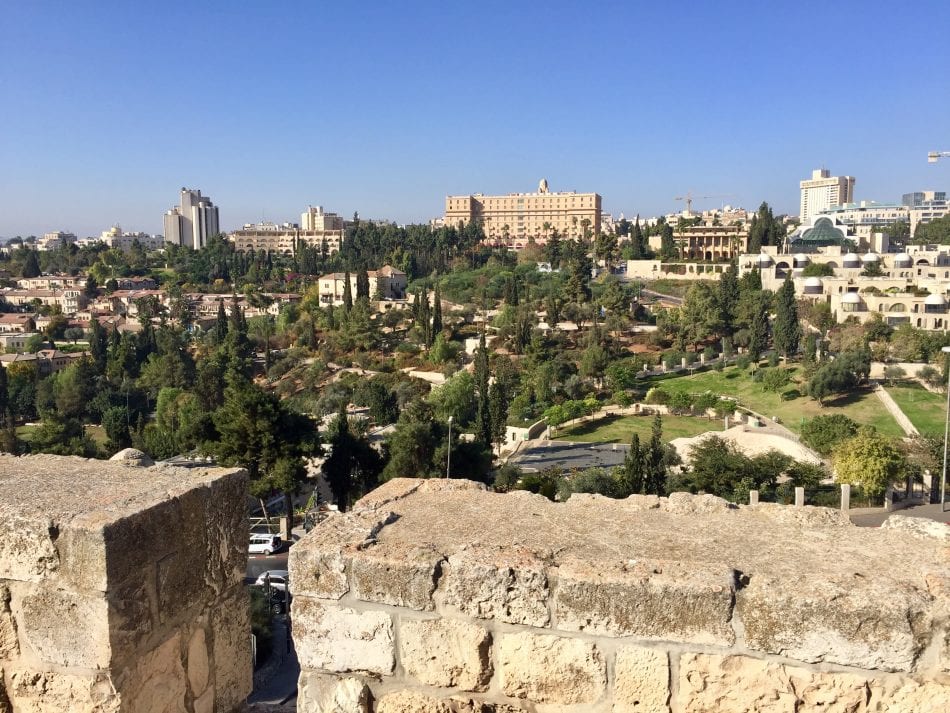 The most affordable and convenient way to get to Jerusalem is to take a Sherut (shared taxi) that leaves from just outside the Arrivals Hall and will take you directly to your destination in Jerusalem. Nesher Tours has been operating since 1930, and operates 40 taxis. It is quite often that the taxi will only leave once the van is full. Make sure to budget your time accordingly.

From Jerusalem to Tel Aviv, you can actually order a shared taxi in advanced. These need to be booked 24 hours in advance, unless your flight is on Saturday night or Sunday, then make sure to book 48 hours in advance. 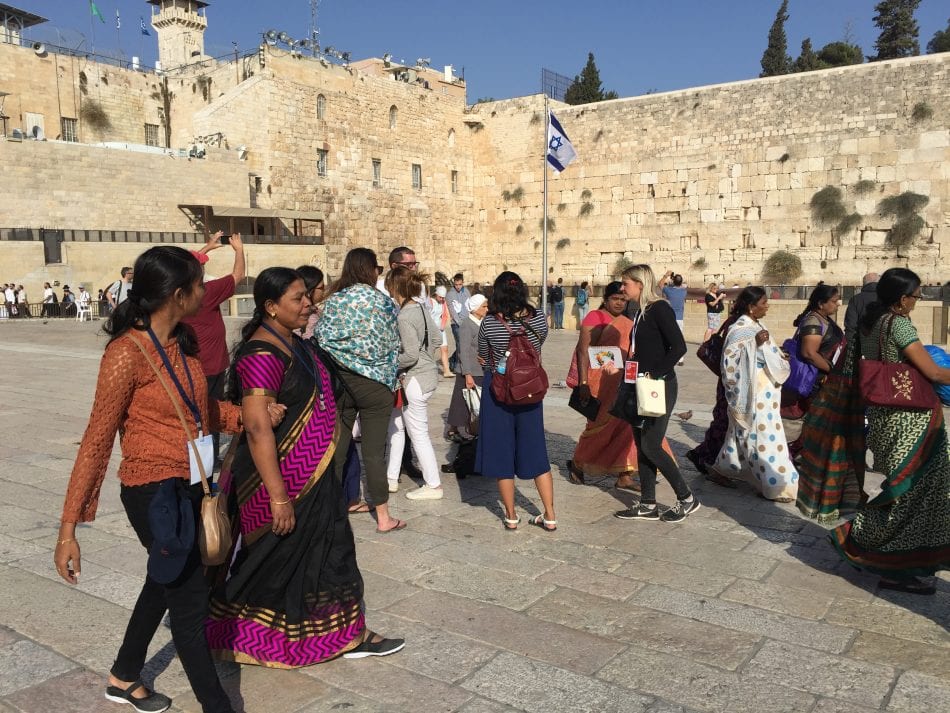 Great news for bloggers and travelers visiting Jerusalem! The 485 bus has been added as a cost effective (16 NIS/ about $5) way to get to and from the airport. On the hour, the 485 bus will leave the airport to Jerusalem making several stops in the city. The bus will stop close to the Jerusalem Light Rail, providing easy access to the hotels and hostels in the city. Pickup is conveniently on the Ben Gurion Airport arrivals concourse of Terminal 3, and drop-off is on the departures level.

Tickets for the 485 bus can be purchased on the bus or online via credit card.

The bus runs to/from Jerusalem and leaves the city and the airport, respectively, on the hour, every day. The last bus on Fridays is at 2pm for Shabbat and restarts at 7pm on Saturday evening.

To catch a bus to Jerusalem from the airport, first head to the three-story bridge on the second floor, near Gate 21 and 23, and take a bus to the Egged station at nearby Airport City. From there it is possible to get to Jerusalem by Egged bus 945 and 947 (every half hour from 5:30am – 9pm), but you will then still need to make your way from the Central Bus Station in Jerusalem to your destination.

To get to the airport from Jerusalem, buses 945 and 947 leave from platform 18 at the Central Bus Station and arrive at El Al junction, where you then need to catch bus 5 in order to get to Terminal 3 departures.

Certainly your cheapest option, the journey will cost about 30 NIS and takes about 1.5 hours in total.

To take a train to the airport, you can catch a train from the train station in southern Jerusalem the Malcha Train Station to Tel Aviv Hahagana station, and from there, transfer to train going to Tel Aviv Airport (Ben Gurion Airport). It is a time consuming procedure and not recommended.

To get to the Jerusalem Train station from the center of Jerusalem, catch bus 18א, which takes approximately 45 minutes from King George Street. Or, you may want to catch a taxi, which will be around 50 NIS on the meter from town. Those who are driving can enjoy free parking at the train station. Tickets are available at the station at a ticket booth or vending machine.

At the airport, the train station is located on Level S, which is the lowest floor, and can be accessed through the Arrivals Hall via stairs, elevators or escalators. Train tickets are available for purchase from automatic machines on level G.

Rental Car Collection: After organizing the paperwork, head to the parking lot via the connecting corridor between the terminal and parking lot. Descend to level G and follow signs. If you know in advance you will be picking a car up at the airport, it is advisable to provide your flight number in case of flight delays.

A private taxi to or from Jerusalem is another option, and should cost you 250 NIS during the week and 300 NIS on Shabbat. At the airport, it is advised to use a taxi company under the supervision of the Israel Airports Authority, operated by on-site dispatchers, and found at Terminal 3 on the ground level of the multi-level road. Read more about taxis here.

Hadar Lod (all parts of Israel)

Amal (to Haifa and North)